Professors of Theology: A New Future 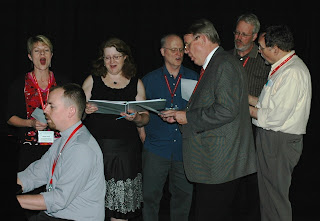 The General Synod professors sing at the General Synod meeting in Orange City, Iowa - the occasion is the installation of Rev. Dr. Renee House.
The Professors of Theology, who hold the 4th Office, are meeting in Holland, Michigan this weekend. The meeting will occur on the campus of Western Theological Seminary (WTS) and all ten professors hope to attend. This meeting will be somewhat historic in that there are once again ten (10) professors and for the first time, three of the ten are women. Dr. Carol Bechtel, the first woman ever to hold the office, Dr. Renee House and Dr. Leanne Van Dyk are the three women. Seven of the professors are from WTS and the other three are from New Brunswick Theological Seminary (NBTS).


This is the first meeting funded by the General Synod. Since the late 1990’s the MFCA has been funding and sponsoring the gatherings of the professorate. The MFCA’s stake in supporting the 4th Office, other than the belief that this office, unique to the Reformed Church in America (RCA), serves the Church well, is that the professors have been critical to the success of the Approved Alternate Route (AAR) program, especially the implementation of the case study examinations.
The agenda for this week’s meeting has not been announced but it can be assumed that the professors will be reviewing the new definition of the 4th office by the 2010 General Synod and, if ratified by two-thirds of the classes, they will have to design a strategy for living into the new definition. Two of the more significant modifications in the new definition are the 1) Broadening the eligibility criteria for the office by not restricting it to full time faculty at NBTS and WTS, allowing for part time faculty and individuals nominated by the MFCA; and 2) Requiring dual membership for professors—both to the General Synod and Classis.
The minutes of General Synod state the following: “These changes would allow for the appointment of General Synod professors who are not full-time teachers at one of the seminaries, but who play a major role in teaching the whole church and in preparing candidates for ministry and granting the certificate of fitness. It would also open the possibility of General Synod professors who are not in one of the Reformed Church in America seminaries, but who exercise major teaching and oversight responsibilities within the Ministerial Formation Certification Agency.”
Also the following is stated in the minutes regarding dual membership:
“• General Synod professors will be members of the classis in which they reside.


• General Synod professors will continue to be either regular or corresponding delegates to the General Synod as they have been in the past, in order to allow them to continue their ministry of teaching to the whole church, and to keep them in close contact with the synod in their crucial tasks of preparing and certifying candidates for ministry in the Reformed Church in America.


The report of the task force which made the recommendations to General Synod, recorded the following explanations so as to provide context and explain the thinking behind the reasons for reconstituting this office…
“This approach has the additional benefit of allowing part-time faculty who are teaching in the seminaries or in the Ministerial Formation Certification Agency, but who also function as ministers of Word and sacrament under the oversight of a classis, to be considered for nomination as General Synod professors.
The task force is also addressing the collegiality and corporate identity of General Synod professors. Because of the broad Reformed conviction that the Spirit’s work in guiding the church expresses itself most fully within the church corporately, and not just in individuals, the task force believes that it may be helpful to recognize in our church order a corporate role for General Synod professors within the life of the church. This role should first of all concern oversight of the standards for the certificate of fitness for ministry, and the professors should work together to receive referrals from the General Synod with respect to the standards, and to formulate periodic reports and recommendations to the synod regarding the standards. Similarly, the professorate may be a useful resource to the General Synod from time to time, not replacing any of the existing commissions, but in some cases, receiving appropriate referrals from the General Synod, or offering reports to the synod on matters which touch upon the specific responsibilities granted to the professorate by the General Synod. The Book of Church Order changes implementing this corporate structure are included in this proposal.”
The MFCA Board of Trustees will be reviewing the recommended changes to the Book of Church (BCO) at its meeting in February and incorporating its new role into the bylaws of the agency. No plans have been made in relation to nominating individuals to the office at this time. 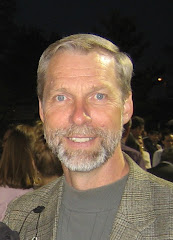